After being forced to sell its business in the US, ByteDance wanted to redirect its investment to the Singapore market.

According to Bloomberg sources, ByteDance - owner of short video application TikTok is planning to make Singapore a leader in business activities in Asia. This is part of TikTok's global expansion.

The Chinese technology firm plans to spend billions of dollars and recruit hundreds of employees in three years in Singapore. Here, they also applied for a license for a digital bank, the source said. ByteDance's investment comes as the company is forced to sell TikTok's business in the US under pressure from the administration of President Donald Trump. 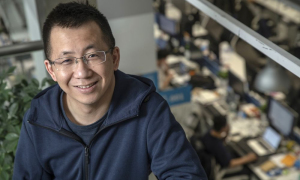 ByteDance is still working on its ambitions to take its social networking services deeper in Asia following incidents in India, UK and the US. Billionaire Zhang Yiming's business has long had its eyes on Southeast Asia, with a population of 650 million people increasingly possessing smartphones. This is also an area where Alibaba and Tencent are entering.

Bloomberg's sources added, ByteDance's Singapore plans include the establishment of a data center. ByteDance's operations in Singapore currently include TikTok and Lark - a software business.

ByteDance currently has 400 employees in Singapore in the fields of technology, sales and marketing. The company is hiring 200 more positions from payments to e-commerce.

Southeast Asia is becoming an important region for China's leading technology firms, facing difficulties in the US and other developed markets. In particular, Singapore is home to the regional headquarters for both Western and Chinese businesses, thanks to the developing financial and legal system, as well as Hong Kong is under much pressure from China.

"Thanks to its favorable geographic location, Singapore is very attractive to tech firms looking for bases in the Southeast Asian market. There is also a highly qualified workforce, knowledgeable in technology and talkative. language, "said Vey-Sern Ling, an analyst at Bloomberg Intelligence.

In China, ByteDance now has news aggregation app Toutiao and Douyin - the domestic version of TikTok. This technology company has more than 1.5 billion monthly active users. In 2019, ByteDance said it had revenue of more than $ 17 billion and a net profit of more than $ 3 billion.

TikTok has to ask for Chinese permission if he wants to sell
Why does Walmart want to buy TikTok 23?
TikTok - 'Empire' rose untimely by Zhang Yiming