The model of the city in multi-polar direction, a solution to help the city develop sustainably, is gradually taking shape in Hanoi and Ho Chi Minh City with many new big cities.

According to Mr. Aleksandar Sasha Zeljic, Design Director of Genster Company (USA), the traditional big city model with core economic center, surrounded by areas with decreasing density, is no longer suitable in the context. current scene.

The multi-center trend is considered to be a solution for sustainable urban development in the future. Here, the satellite towns with synchronized infrastructure planning, developing many types of work, housing and entertainment, with more spacious space. These "cities in the city" promise to bring better life opportunities for millions of people, including immigrant communities, to the city in the next few decades.

This concept is not new. In the US, the metropolitan areas between and south of New York developed before merging with adjacent areas such as the Bronx, Queens, Brooklyn and Staten Island. While London has naturally formed as a multi-centered city, with many towns and villages developing as major cities.

At this time, New York and London also witnessed the formation of many new urban clusters. Meanwhile, cities based on core economic models, such as Toronto and Hong Kong, are beginning to expand their density out of the center.

In Southeast Asia, metropolitan Manila Philippines has 16 separate cities, with 12 million people. This is one of the densest urban areas in the world, and is a model of multi-center expansion. And also one of the richest areas of the region. 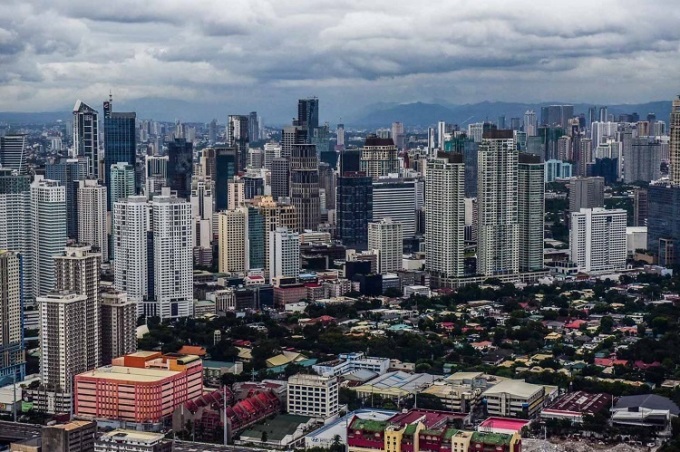 Architecture and urbanization experts said that the development of the city in a multi-centered direction would be a solution to reduce the pressure load in the inner city area. For example, inadequacies in urban management, lack of terminals and parking lots, lack of public spaces, traffic congestion, environmental pollution ...

In Vietnam, the two largest cities of the country are all set to form new central areas. In Ho Chi Minh City, in addition to the reshaped inner-city area, the government has oriented to develop in four directions: the East (districts 2, 9, Thu Duc), the South (districts 7, Nha Be) and the West. North (District 12, Hoc Mon, Cu Chi), Southwest (Binh Chanh, Tan Phu, Binh Tan).

With this orientation, each district will be a center, with synchronous social and technical infrastructure, busy entertainment areas ... Especially recently, Ho Chi Minh City plans to merge 3 districts: 2, 9 and Thu Duc to establish the Eastern city with a scale of over 1 million people. This will be the first "city within the city" model in Ho Chi Minh City, making an important contribution to the strong development of the largest city in the country. This plan aims to promote the advantages of the gateway location, available service infrastructures such as universities (high-level training), high-tech zones (advanced production), urban areas. Thu Thiem (financial and business center) and framework technical infrastructure systems have been completed such as Hanoi highway, Ho Chi Minh City - Long Thanh - Dau Giay highway, Metro Ben Thanh - Suoi Tien. , Phạm Văn Đồng street ...).

Previously, a series of big investors have shifted their focus to suburban areas, with many new central areas appearing such as Phu My Hung urban area in the South or Vinhomes Grand Park in the East. . According to that orientation, Vingroup representatives expected the great Vinhomes Grand Park urban area to have an opportunity to become a new center of the East City that will soon be formed in the near future.

Along with the emergence of new urban areas, Hanoi is gradually developing in the multi-polar model such as Ciputra and Smart City in the North, Gamuda Lakes in the South, Vinhomes Ocean Park in the East; Vinhomes Smart City and Bac An Khanh in the West ...

These megacities are expected to attract residents from the city to the city, creating new centers. This is more feasible when the transport works are getting better and better.

In Gia Lam, the intersection connecting Co Linh road with Hanoi - Hai Phong highway has been started since the beginning of this year. The complete upgrade project has branches directly connecting to and from highways and urban roads in parallel to move into the Vinhomes Ocean Park project. Earlier, Vingroup asked for investment policy to build two more flyovers at the crossroads between Dong Du and Duong Xa streets and the parallel highway Hanoi - Hai Phong adjacent to the city's megacity.

This enterprise said that it would invest in building two branch roads up and down the Hanoi - Hai Phong expressway at the entrance of VinUni University, directly connected to the 52m avenue, meeting the needs of moving to the neighboring provinces such as Hai Phong, Hai Duong and Hung Yen of Vinhomes Ocean Park residents. 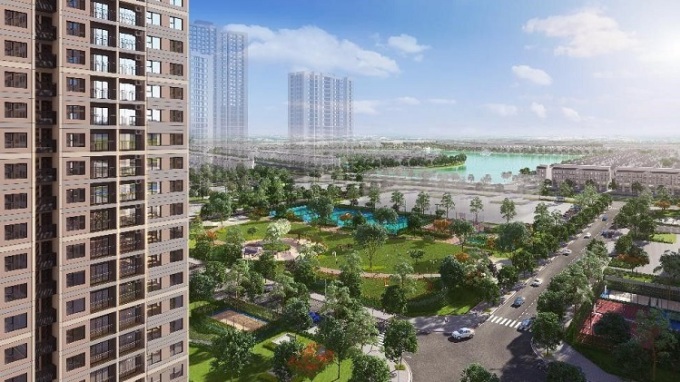 Recently, Hanoi also approved the policy of deploying two important urban railways No. 3 and 5. Of which, line No. 5 Van Cao - Ngoc Khanh - Lang - Hoa Lac with a total estimated investment of 65, VND 4 trillion will go through the main axis of Thang Long Boulevard.

A real estate expert said that newly formed centers possess many advantages such as modern and more diversified utilities due to synchronous investment from the beginning. These large projects have a large area, spacious living space, improving the quality of life for the resident community.

"Suburban urban areas attract a youthful, dynamic citizen community, ready to move out of the inner core to enjoy a new life with full amenities thereby reducing the mechanical population load for the inner city. as well as many other socio-economic issues, "he said.