The preferential package of 23 billion USD is the next step after the program to attract companies to move supply chains out of China launched by India earlier this year.

Prime Minister Narendra Modi's government will provide manufacturing-related incentives to automakers, solar cells and steel specifically for consumer equipment companies, according to Bloomberg's sources. In addition, specialized textile, food processing and pharmaceutical sectors are also being considered to be included in the list of preferential packages. 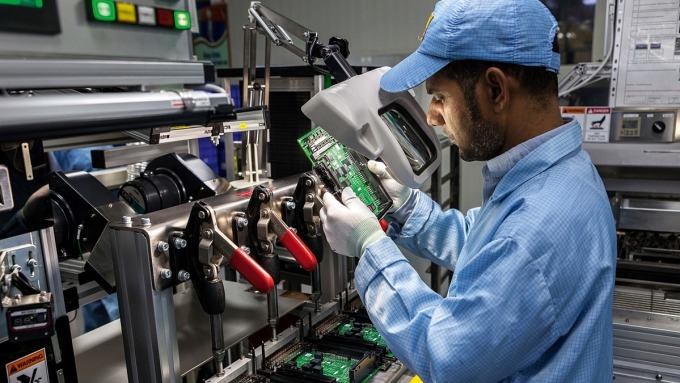 The program, outlined by Indian policymakers, inherits the stereotype from a plan launched earlier this year to attract businesses to leave China. Accordingly, about 20 companies including Samsung Electronics, Foxconn and Wistron have pledged to invest $ 1.5 billion to set up mobile phone manufacturing plants in the country, after the Indian government gave priority. offers support an amount equal to 4-6% of their increased sales over the next 5 years.

New Delhi has been trying to attract investments to revive an economy that has experienced the worst decline among major economies last quarter, when GDP fell 23.9%.

India's corporate tax is already at the lowest in Asia, while default regulations have been overhauled to make business easier. But those are still not attractive enough for the country to become the top choice for businesses looking to diversify their supply chains away from China. Vietnam continues to be the most popular destination, followed by Cambodia, Myanmar, Bangladesh and Thailand, according to a recent survey by Standard Chartered.

"This move will certainly have a positive impact on manufacturing, especially for booming sectors like solar energy and electronics," said Madan Sabnavis, Chief Economist at Care Ratings. . "It's a good way to attract investment and has the potential to make a difference in these areas," he said.

The Indian government is also planning to expand the program to support companies in increasing the value added in place. The program currently applies to components and accessories used for mobile phones and is proposed to be extended to low-value plastic, furniture, toys and utensils. Most of these items are currently imported from China. Both programs are under discussion and will be released soon for the Federal Cabinet for approval.

India imported $ 65 billion worth of goods from China in the fiscal year ending March 31, while its exports to neighboring countries stood at $ 17 billion, leaving a trade deficit. trade is $ 48 billion, according to the latest government data.